What does AI stand for

In the global human sense, AI is the broadest term. It includes both scientific theories and specific technological practices for creating programs close to human intelligence.

AI section actively applied in practice. Today, when it comes to using AI in business or manufacturing, Machine Learning is most often meant.

ML algorithms usually work on the principle of a learning mathematical model that performs analysis based on a large amount of data, while conclusions are drawn without following rigidly defined rules.

The most common type of task in machine learning is supervised learning. To solve this kind of problems, training is used on an array of data, for which the answer is known in advance (see below). 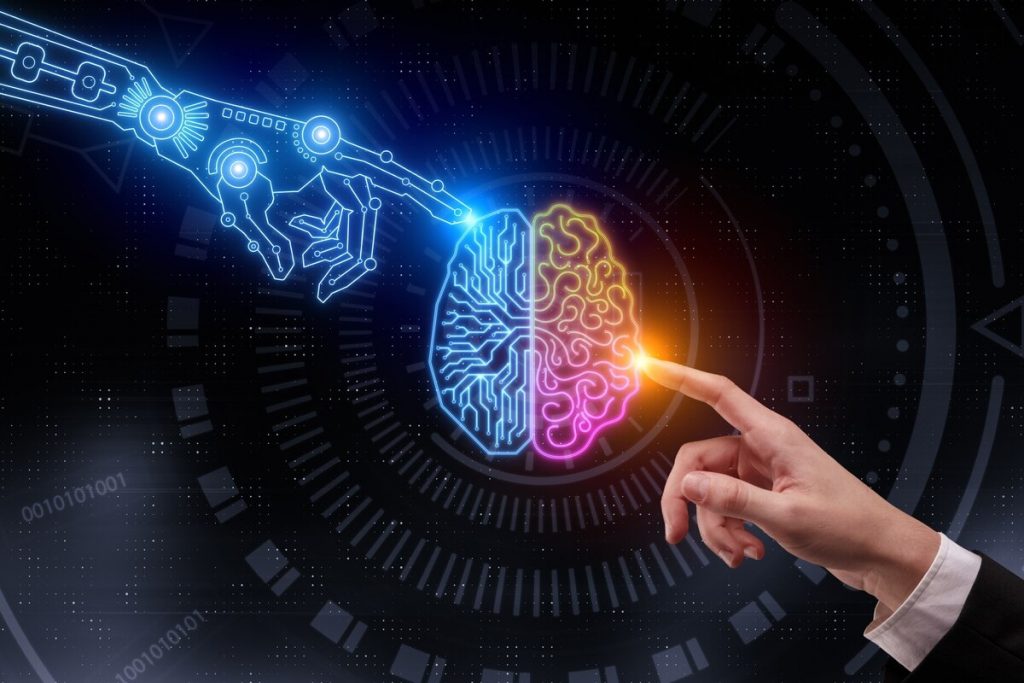 The science and practice of analyzing large amounts of data using all kinds of mathematical methods, including machine learning, as well as solving related problems related to the collection, storage and processing of data arrays.

At the same time, almost all neural networks have a significant limitation – they need a large amount of data to train them (orders of magnitude more than the number of connections between neurons in this network). Due to the fact that recently the volume of data ready for analysis has grown significantly, the scope of application is also growing. With the help of neural networks, today, for example, image recognition problems are solved, such as determining the age and gender of a person from video, or the presence of a helmet at a worker.

What does AI stand for?

Artificial intelligence is a technology, or rather a direction of modern science, which studies ways to train a computer, robotic technology, and an analytical system to think intelligently like a person. Actually, the dream of intelligent robotic assistants arose long before the invention of the first computers. Artificial intelligence (AI), machine learning, and neural networks are terms used to describe powerful machine learning-based technologies that can solve many real-world problems. While computers originally lacked functions such as thinking and making informed decisions, in recent years, several important discoveries have been made in the field of AI technology and related algorithms. An important role is played by the increasing number of large samples of various data available for training AI – Big Data.

AI technology overlaps with many other fields, including mathematics, statistics, probability theory, physics, signal processing, machine learning, blockchain, computer vision, psychology, linguistics, and brain science. Issues related to social responsibility and the ethics of AI creation attract interested people in philosophy. The motivation for the development of AI technologies is that tasks that depend on many variable factors require very complex solutions that are difficult to understand and difficult to manually algorithmize. Modern machine learning and AI technologies, coupled with properly selected and prepared “training” data for systems, can allow us to teach computers to “think” for us – to program, compose music, analyze data and make independent decisions on their basis.

Artificial intelligence is the ability of a digital computer or computer-controlled robot to perform tasks commonly associated with intelligent beings. The term is often applied to a project for the development of systems endowed with human-specific intellectual processes, such as the ability to reason, generalize, or learn from past experiences. In simple terms, AI is a crude mapping of neurons in the brain. Signals are transmitted from neuron to neuron and, finally, are output – a numerical, categorical or generative result is obtained.

Description of an artificial neuron

An artificial neuron is a mathematical function conceived as a model of biological neurons, a neural network. Artificial neurons are elementary units in artificial neural networks. Artificial neural networks were created as a mathematical model of the human brain. To do this, scientists Warren McCulloch and Walter Pitts had to develop a theory of the activity of the human brain. In it, individual neurons are living cells with a complex structure. Each neuron has dendrites – branched processes that can exchange signals with other neurons through synapses, as well as one axon – a larger process responsible for transmitting impulses from the neuron. Some synapses are responsible for the excitation of a neuron, some for inhibition. The impulses that it will transmit to other neurons will also depend on what signals and through what synaptic connections will come to the “input” of the neuron.